History of the Role in Catholic Church
The role of the godparent for baptism is rooted in the role of the sponsor in the catechumenate, which originated in the early Church. Recall that until the year 313, the Church was under the persecution of the Roman Empire and had to be cautious in conducting its affairs so as to prevent pagan infiltration and persecution. Also, until the Middle Ages, the Sacraments of Initiation — baptism, holy Eucharist, and confirmation — were administered at once. The role of the sponsor then was to attest to the integrity of the person, oftentimes an adult, seeking admission into the Church as well as to assist him during the catechumenate in preparing for these sacraments and in living a Christian life. For infants, these sponsors would also make the Profession of Faith in the child’s name and accept the responsibility of instructing the child in the faith, especially if the parents failed in this duty. About the year 800 when infant baptism was truly the norm, these sponsors were called “patrinus,” or “godfather.” Traditionally, we identify the sponsor of a child for baptism as the godparent — godmother or godfather, but the technical term remains “sponsor.”

According to the Code of Canon Law, “Insofar as possible, one to be baptized is to be given a sponsor who is to assist an adult in Christian initiation, or, together with the parents, to present an infant at the baptism, and who will help the baptized to lead a Christian life in harmony with baptism, and to fulfill faithfully the obligations connected with it” (No. 872). This statement clearly reflects the historical roots of the role of sponsor. 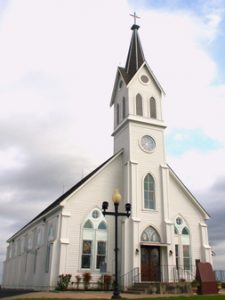 Who qualifies to be a ‘Sponsor’
To be a sponsor, a person must be chosen by the person to be baptized, or by the parents or guardians of a child, or, in their absence, by the pastor or minister of the sacrament. The sponsor must not only have the intention of being a sponsor but also meet proper qualifications. The sponsor must have completed his sixteenth year unless the Bishop has established another age for sponsorship, or the pastor or minister judges that a just cause warrants an exception to the rule. He must be a Catholic who has received the sacraments of holy Eucharist and confirmation, and “leads a life in harmony with the faith and the role to be undertaken.” Moreover, the sponsor cannot be impeded by some canonical penalty. Ideally, this sponsor at baptism should also be the sponsor for confirmation. Note that the mother and father of the child cannot serve as sponsors. Also note that these are the same requirements for confirmation sponsors. (Cf. Code of Canon Law, No. 874.1).

Strictly speaking, a person only needs one sponsor for baptism — male or female, but may have two sponsors, one male and one female. Here the Code of Canon Law wants to eliminate the practice of having numerous sponsors, as has occurred in some cultures (No. 873). Also, in the case of an emergency, such as imminent death, no sponsor is needed.

Who qualifies as a Catholic Godparent?
Here we should pause to clarify who qualifies as a Catholic godparent. A Catholic who does not practice the faith by regularly attending Mass or who is in an invalid marriage disqualifies himself from being a godparent. Moreover, if a person is Catholic but antagonistic to the faith, i.e. has the attitude “I am a Catholic but…,” and would not be a good example and witness to the faith also disqualifies himself. If a person is not striving to fulfill his own obligations of baptism and confirmation, he will not fulfill the responsibilities of helping another to do so.

As a pastor, I am truly perturbed each time someone comes by the rectory office and wants me to sign a sponsor’s certificate and attest that he is a practicing Catholic when I do not recognize him, he has not registered in the parish and he does not attend Mass faithfully. In justice, I cannot meet such a request.

Parents need to find good practicing Catholics for godparents. Sadly, this task can be very difficult in today’s world. The best place is to look for relatives, even grandparents, who have a blood relationship with the godchild and have kept the faith over the years. Good friends are also appropriate, but sometimes friendships wane, leaving the godchild without an active godparent. Godparents should be faithful individuals who are ready to accept the responsibility of being a part of a godchild’s life for the rest of his life.

What if someone would like to have a faithful Protestant friend as a sponsor?
Technically, only Catholics can be godparents or sponsors. A Christian of another denomination, whether Orthodox or Protestant, however, may be a “Christian witness” to the baptism along with the Catholic godparent. The reason for this distinction and restriction is that the godparent not only is taking responsibility for the religious education and spiritual formation of the baptized person, but also is representing the Church, the community of faith, into which the person is being baptized. A Christian who is not Catholic, although perhaps a very holy, Christian, cannot fully attest to the beliefs of the Catholic Church.

Likewise, a Catholic can only be a Christian witness for someone who is baptized into another Christian denomination. (Cf. Vatican II, Decree on Ecumenism, No. 57).
​
Role of a Catholic Godparent
In all, godparents serve a special role in the life of the baptized person. Therefore, each parent should choose a godparent not just because of a blood relationship or friendship; rather, a godparent should be a trustworthy witness of the faith who will help the godchild attain salvation.

Saunders, Rev. William. “The Role of Godparents.” Arlington Catholic Herald.
Father William Saunders is dean of the Notre Dame Graduate School of Christendom College and pastor of Our Lady of Hope Parish in Sterling, Virginia. The above article is a “Straight Answers” column he wrote for the Arlington Catholic Herald. Father Saunders is also the author of Straight Answers, a book based on 100 of his columns and published by Cathedral Press in Baltimore.