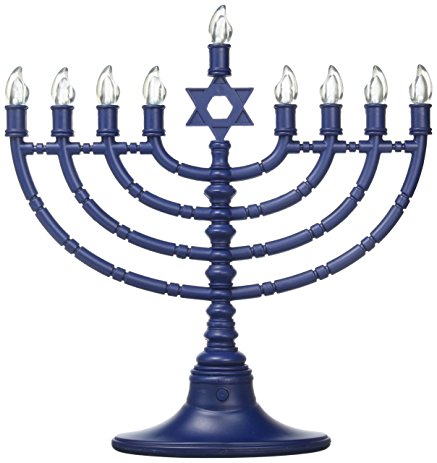 The godparent’s function is intrinsically Christian, and as a result, for many Jews, the idea of designating godparents seems very un-Jewish. According to Jewish law, it’s the parents’ job to give their child a Jewish education. If something happens to the parents, then the community is responsible for ensuring children are given a Jewish education, and if the community doesn’t take on this obligation, the child him or herself is ultimately responsible for getting a grounding in Jewish life and traditions. 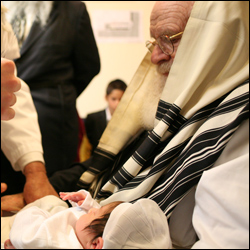 The Jewish Interpretations of Godparents
But, if you’ve ever attended a bris or a simchat bat (ceremony welcoming a baby girl), you may have heard people referred to as godparents. In particular, at a bris, the person whose lap the baby sits in while he is circumcised is referred to as the sandek, which is sometimes translated as godfather. This person is often one of the boy’s grandfathers, but it is also an honor one can give to a family friend. Traditionally, the sandek is a man. At an Ashkenazic bris the person or people who bring the baby from the mother to the sandek are referred to as kvater, or kvaterin, and these are also sometimes translated as godparents.

The best person to ask about a bris is a mohel, the person who performs a circumcision. Cantor Philip Sherman, who has been called “the busiest mohel in New York,” seemed like the perfect person to ask about godfathers in Judaism.
Cantor Sherman said, “Officially in Judaism we do not have godparents–it is not a Jewish tradition. Jewish families may appoint them if they wish, but there are no attending religious obligations or responsibilities. It is simply an honorary title. Families can appoint as many as they want or none at all.” And he added, “the appointing of godparents in Judaism has nothing to do with legal guardianship.”
​
Cantor Sherman emphasized that to translate sandek as “godfather” is inaccurate–the sandek, he explained, is simply the term for the person who holds the baby during the bris. So appointing a Jewish godparent–someone other than a kvater or a sandak— is an optional activity you can do to honor someone you love, but it’s not at all necessary.

Honor Those You Love
Of course, if you want to honor someone (your best friend, for example) during the bris or simchat bat of your child there are many traditional and creative ways to do that. And if you want to create some kind of formal relationship, such as making that person the legal guardian of your child if something happens to you, or asking them to fill a certain role in your child’s life, you are certainly welcome to do so, and to use the terms godfather and godmother if that’s what you’d like.
There isn’t an expectation for it within Jewish tradition, but that just means that you can interpret it however you want. If you’re asking someone to be a godparent and you want that to mean legal guardian, make sure you make that clear, and get all of the appropriate documents squared away. If you just want to honor your friends, I guess you’re making them an offer they can’t refuse…