Guide to Being a Great Godfather 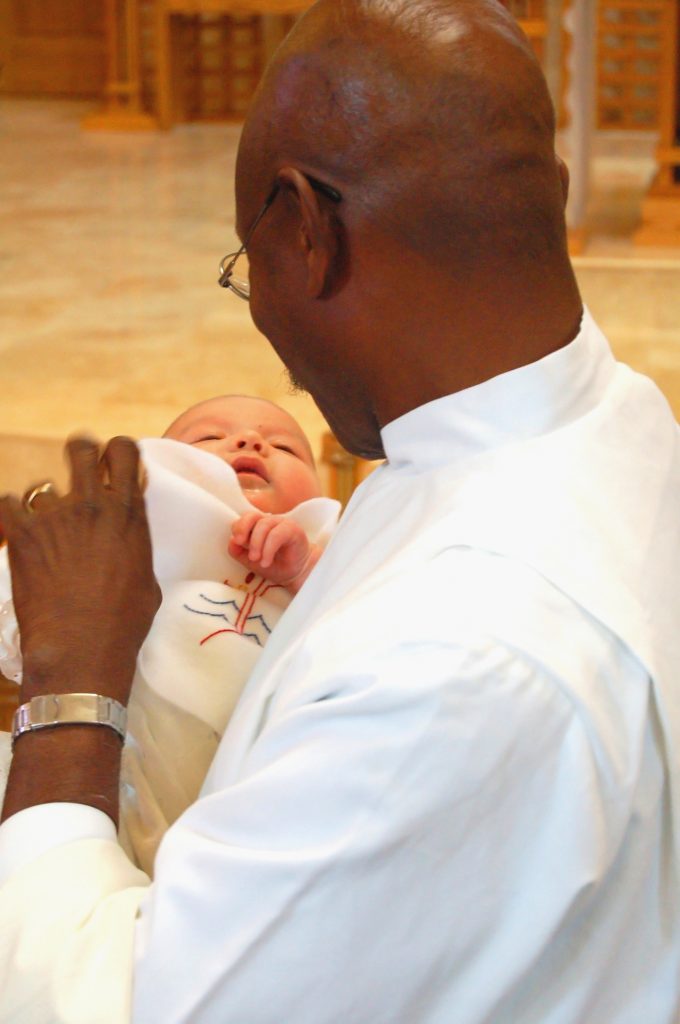 For many people, hearing the word “godfather” brings up images of Italian mob bosses calling in hits on rival mob families or snitches within their own ranks. But there’s actually more to being il padrino than granting favors and running a criminal organization. The reality is that taking on the role of godfather to a child is very big honor that comes with important responsibilities. Unfortunately, many men have no clue what exactly they’re supposed to do as a godfather. To help remedy that, we’ve developed this short guide to being a great godfather. Read it or you’ll be sleeping with the fishes.

The first step to understanding your duties as a godfather is to become familiar with the history of the position. The origin of godparents is distinctly religious. As infant baptism took hold in early Christianity, there was a need for someone to step in as a sponsor and provide the required confession of faith before baptism. In the beginning, biological parents often took on this role, but the Council of Munich in 813 required natural parents to pick other people to be godparents. In addition to sponsoring the child’s christening, the godfather was charged with the duty of overseeing the child’s spiritual instruction.

As with many Christian traditions, the role of godfathers went through some upheaval during the Reformation. Many Protestant sects continued with the practice but loosened up a bit on the pre-Reformation requirements.  The Roman Catholic church has pretty much maintained the status quo on godfathers up until the present day. In order to be godfather in Catholicism, a man must be a confirmed Catholic in good standing and not be the natural parent of the child.

The concept of godfatherhood isn’t exclusively Christian. In Judiasm, parents often pick a man to be the sandek at their child’s briss. The sandek holds the baby boy on a pillow while he is circumcised by the mohel. According to Jewish custom, the role of sandek is given to a single Jewish male, usually a close family member or some other man who is a good example of the faith. Also tradition dictates that a man can not serve as a sandek more than once. Like the Christian godfather, sandeks also have a responsibility to help guide the child’s spiritual upbringing.

For many people today, the spiritual aspect of being a godfather is still very important. But as Western society has become more secular, many families have held on to the tradition of naming godparents for their children, but have expanded the responsibilities beyond taking part in religious ceremonies or in the child’s spiritual development. For example, some parents ask that the godfather be a special mentor for their child or to foster their kids if they die. Most parents pick a sibling or close cousin to be the godfather. But it’s now not uncommon for a good friend to be selected.

Whether your role as a godfather is the traditional religious one or a more secular one, being asked to be a godfather is a big honor. By asking you to be a godfather, the parents are showing that you’re a man they can trust to help raise their child. Let’s take a look at a few tips on how to be the kind of godfather a kid will feel lucky to have.

How to Be an Awesome Godfather

Ask what’s expected of you. After you thank the parents for honoring you with their request, ask them what they expect from you as the child’s godfather. Do you need to be at the christening? Are you going to be the child’s spiritual guide or just more of an all around mentor? Are you expected to foster the kid if they should pass on before the child becomes an adult?

What should you do if the parents ask you to take on a  religious role but you no longer believe or aren’t very active in their respective faith? It’s a tough situation. On the one hand, you don’t want to seem like a hypocrite by making confessions of faith you don’t really believe, and on the other hand, you don’t want to offend your brother/friend by saying no.

There’s really no cut and dry answer on what one should do. My suggestion would be to thank the parents for the honor, but tactfully explain that you might not be the best person for the job because of your beliefs. Make the suggestion that while you might not/can’t participate in the religious aspect of being a godfather, that you’d be more than willing to take an active role in the child’s life and do all that you can to support the parents in raising him or her. Most parents will appreciate your candor and be grateful for your respect of a religious ceremony that means a lot to them.

Show up to the ceremony (if there is one). If the child is taking part in a briss or christening ceremony and the godfather has a role, be there. It’s always a good idea to be a familiar with your role in the ceremony before you show up. Talk to the parents or the respective religious leader to get the skinny on what you’ll do and say during the ceremony. If the parents aren’t the religious type, but are having some sort of welcoming celebration for their newborn, make an appearance. Make sure you’re dressed appropriately to show your respect for the occasion.

Parents usually have some sort of party after the child’s christening ceremony, and non-religious parents will sometimes have parties to celebrate their child’s birth. It’s customary for the godfather to give a small speech congratulating the couple on the child’s birth, thanking them for the honor of being the child’s godfather, and publicly announcing his support in helping raise the child. It’s sort of like giving a best man speech. So before you go to the party, make sure to have a few words prepared.

Remember important events in your godchild’s life. Mark your godchild’s birthday on your calendar and be sure to send them a card every year. Godfathers usually give a little more money to their godchild at birthdays and Christmas than they do to their other nieces and nephews. It’s not necessary, but that’s been my experience. When your godchild has some sort of success in school or sports, send them a congratulatory card.

Be willing to take on parenting responsibilities if your godchild’s parents die. Traditionally, godparents are the individuals who have the responsibility of fostering a child if both the parents die. In the United States and the United Kingdom this is NOT a legal obligation. If the parents are really serious about you stepping in as the child’s guardian if they die, they’ll need to indicate so in a properly executed will.

The mentoring relationship you have with your godchild will depend a lot on your geographic proximity to each other. If they’re near by, take them fishing, show them how to work with tools, or visit cultural events in the area. You’ll find moments while taking part in these sorts of activities to pass on some advice and wisdom.

If your godchild lives far away, keep in contact by writing letters, calling them on the phone, or sending an email every now and then. If you’re looking for inspiration on what sort of advice to impart in a letter, read some of Lord Chesterfield’s letters to his son or Teddy Roosevelt’s letters to his sons.

One good idea is to give or send your godchildren great books to read. Don’t underestimate the power good literature can have on a child.